Is the most expensive or powerful car in the range the best? It’s not always that simple…

Not enough leaves you wanting more, but more can be too much. So, we picked a path through driver’s cars that upstage pricier variants – not too hot, not too cold, but just right

It was a drive in the new 4.0-litre Porsche 718 Cayman GTS that did it. I took the car on the exact same route on which I’d recently driven the Cayman GT4 – just to see whether the normal GTS could get even to within viewing distance of standards set by its vaunted sibling and product of Porsche’s fabled Motorsport division.

But, as I drove, something appeared to be wrong. It wasn’t meant to be like this. I was actually having just as much fun in the GTS as I’d had in the GT4. You couldn’t use the GT4’s extra grip on the public road, but you could certainly appreciate the surer foot of the GTS’s less extreme tyres on the often wet surfaces, as well as the clearly superior ride quality.

Was the steering any less lucid? You’d need them side by side to tell. Was it significantly slower? Did it sound any less good? Was I, in short, enjoying myself any less as a result? Not that I could see. But the GTS costs £11,000 less than the GT4, so does that not make it therefore the better car?

It’s certainly possible, and I’d say definite for someone looking for such a device as a daily driver, rather than occasional recreation. Which started me thinking about other ranges where the headline grabber may not actually be the best of the bunch. What about those cars which are neither too hot nor too cold, but just right?

I am not the first to have thought about this. Indeed, it’s a well-documented concept with applications in medicine, economics and science called, predictably enough, the Goldilocks principle. By far the largest and most obvious example is our planet, as we’d all find out to our considerable cost were we ever rash enough to try to live on Venus or Mars.

Goldilocks cars are nothing new. They’ve been around at least since the 1920s, when the six-cylinder Bentley Speed Six was at times compared unfavourably with the four-pot 41/2-litre model because, as someone put it, ‘I miss that bloody thump’. More recently, the 3.8-litre six-cylinder Jaguar E-Type was a far better driver’s car than the flabbier 5.3-litre V12 E-Type that followed it at a discreet distance.

An Aston Martin DB4 is a better driver’s car than a DB5, a Mk2 Volkswagen Golf GTI nicer than the same car with 16 valves. And an original S3 Lotus Esprit is a better car than an Esprit Turbo as well. Controversial, I know.

More recently, the shining example has to be the original Audi R8 with its super-sweet V8. The V10 that joined it sounded cool, but it spoilt the balance in terms of its handling neutrality and feel, and the balance between the powertrain and the chassis in determining your progress. 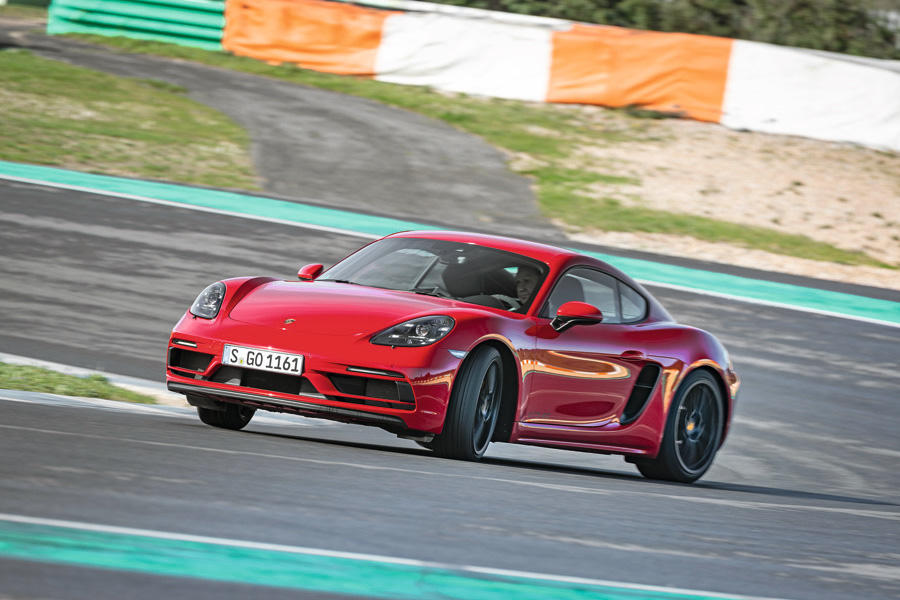 That cars should subscribe to such a formula is not so surprising as it may seem. If you were designing a car, which version would you have as your template? The entry-level model needing myriad changes to turn it into a flagship, or vice versa? Or would you not just take a sensible mid-point and adjust up and down accordingly? And does it not follow that this mid-point car is the one on which most attention has been lavished?

There are other reasons the go-faster version may not be the best. Unless you are prepared to spend a lot of money on clever materials, more speed almost always means more weight. Because, even if more powerful engines got that way simply by rewriting software, as is the case with the Cayman, these things are never done in isolation.

A more powerful engine requires bigger brakes, beefier suspension and tyres that are not just wider but more robust, too. Heavier, in other words. Which is why, despite presumably no extra engine mass and what I’m sure were the best efforts of the wizards of Weissach, the Cayman GT4 is actually a little heavier than the GTS.

Goldilocks cars happen at all price points, and sometimes their existence appears to be for entirely conceptual reasons.

It is, for instance, not immediately obvious to me that there is any other reason why for the nearly 20 years that BMW has been building Minis I’ve not yet driven one I preferred to a Cooper hatchback. Not the base One model, mind, which has always needed a bit more get up and go, but a still-simple, straightforward Cooper.

I think it ultimately boils down to the kind of car I want a Mini to be, which is small and fun but affordable. There is an authenticity about a Cooper hatchback that you just don’t find in a Countryman, and it’s the same across the board: a Cayenne may be a very capable SUV but, to me and regardless of the fact that most are anything but these days, a Porsche is still a two-door coupé with a flat-six motor in its boot. 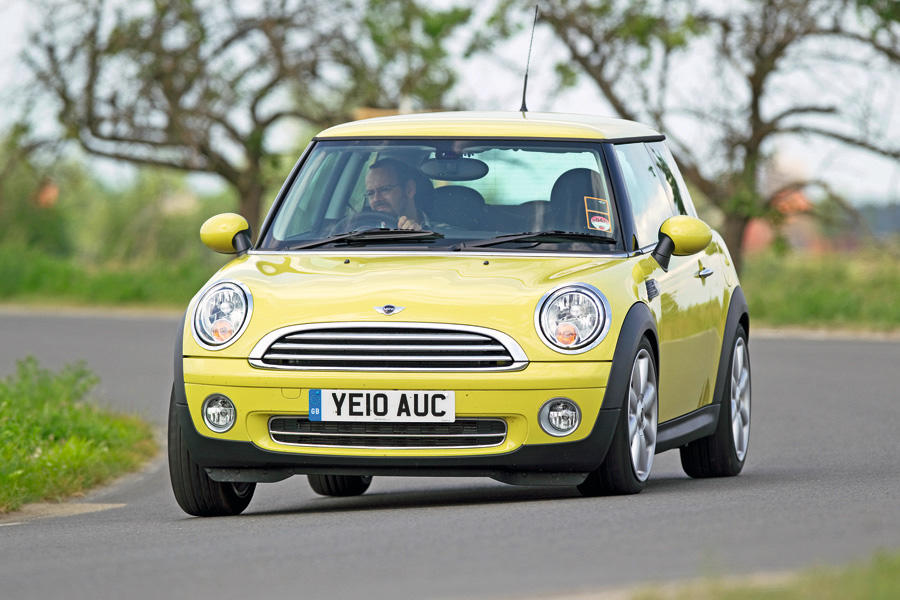 And while we’re on the subject of the Porsche 911, there’s a Goldilocks car in its range, too, although here, as in so many other fields of its endeavours over the generations, it doesn’t quite obey the rules.

It used to: back in the early 1970s, when there was a 911 T, E and S, it was the mid-range E you wanted, a point largely lost on the market today. The truth was an S was only a little more powerful, had less shove in the mid-range where you most needed it and was, of course, more expensive.

But today, and indeed for the 30-something years I’ve been employed to drive cars, it has always been the base-model 911 to which I’ve been most drawn, if you exclude GT models. They are always the least powerful but somehow the most engaging. Because they tend to be lighter than their siblings, less broad in the beam and have skinnier tyres, they are easier to thread along difficult roads and provide better feel through the chassis and steering, which is what driving such a car should be all about.

If there was an exception, I’d say it was the first generation of the 991 series, whose stock Carrera offering featured a normally aspirated 3.4-litre motor that needed to be worked too hard before it would perform properly.

Of course, if there are just two cars in the range, the Goldilocks principle is in need of adjustment on account of there having been three bears. But it’s still apposite to point out examples where a slower, cheaper car somehow gets the job done better than a faster, more expensive stablemate.

The most obvious example today is the Alpine A110. Although quick, this car was never about speed for the sake of speed. It is about feel, delicacy and balance – none of which has ever been improved by chucking a ton of horsepower at it.

Actually, the A110 S is a brilliant car and we like in particular how Alpine has resisted making it look like the ‘go-faster’ model. It’s still compact, utterly driver-oriented and excellent to drive. But is it as good as the base-level car? Actually, no. The problem is not the extra 40bhp but the bigger wheels, fatter tyres and stiffer suspension that has been brought in to marshal it. And you know what I’m going to say next: what it has gained in raw point-to-point pace, which is of not much good or interest to anyone, is not matched by the loss of that near magical ability of the A110 to breathe with the road. 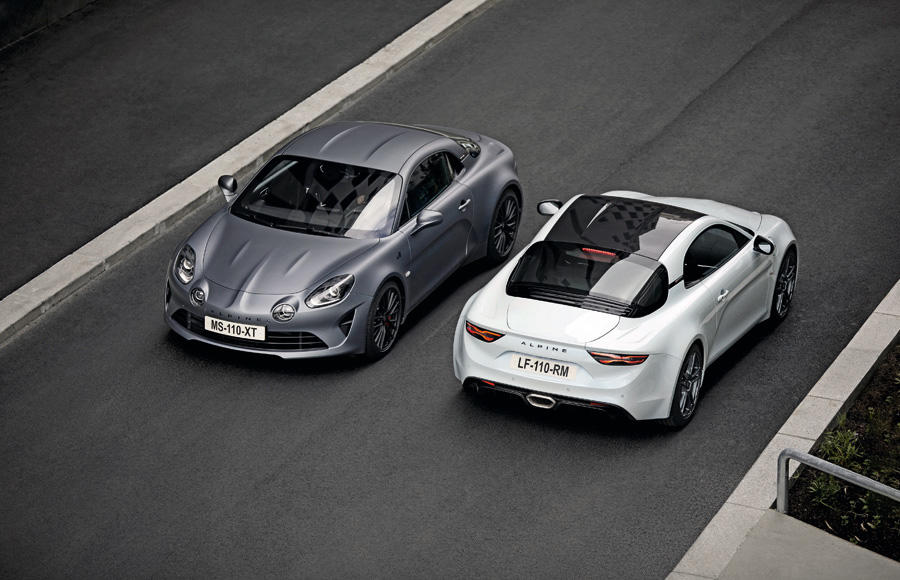 There are some perhaps more surprising Goldilocks cars. Why, exactly, do I enjoy driving a BMW M2 Competition so much more than its bigger sibling, the M4 Comp?

Here, I think value really counts: at just over £50k and therefore comparable with Caymans and A110s, but with the advantage of rear seats and a big boot, the M2 makes sense to me in a way that, at not far off £70k, the angrier, more dramatic M4 does not.

But really the M2 is just a better car to drive. Its limits are easier to find and once there it’s better balanced. It is a far easier, more accessible car than the M4, and I love the fact that it has manual gears, too.

Sometimes, it’s a very close call between the Goldilocks car and the flag bearer. I agonised at length over whether the outgoing Volkswagen Golf GTI really was preferable for the money to the Golf R, because I’m a huge fan of both cars. But I think that it is, just about.

At other times, the distinction is night and day, and I can think of no better example than the Bentley Continental GT. The 6.0-litre version, bought by those for whom engines with fewer than 12 cylinders are barely engines at all, is a fairly titanic piece of kit. But the 4.0-litre V8 is better in every single way that matters to me.

Who really cares that it’s a couple of tenths slower to 62mph when both will get there in less than four seconds? But the fact that the V8 sounds so much more atmospheric, has superior handling and greater range? These are things that really matter in grand touring cars like this. You could say the same of all those V12 AMG Mercs over their V8 siblings, were they still in production. 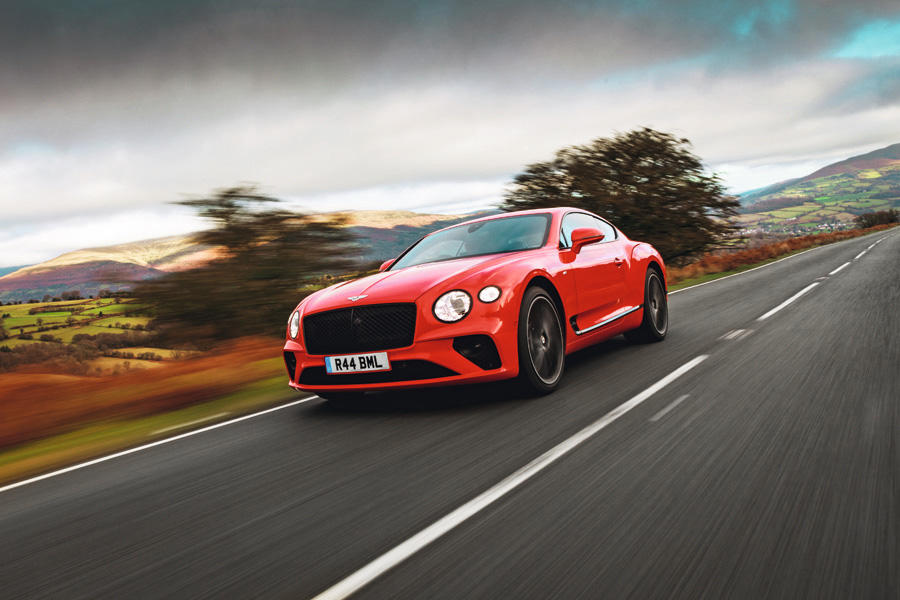 There are others. I’ve not driven the F8 Tributo, but I always rated the Ferrari 488 GTB more highly than the Pista, the Audi TTS over the TT RS and even the McLaren 720S over the Senna.

Even in the electric car world, the Goldilocks car lives on, as anyone who has driven both a Porsche Taycan 4S and Taycan Turbo S should be able to tell you. But there’s no need to pick them all apart here because I am sure that by now you have got the picture.

So often, top-of-the-range cars are bought for no other reason than that they are top-of-the-range cars, meaning you don’t therefore need to explain why you bought the cheaper model. Just remember that faster isn’t necessarily funnier any more than bigger is necessarily better. The secret is to make like Goldilocks and go for the one that’s neither too hot nor too cold, but just right.

THE EXCEPTIONS TO THE RULE

Aston Martin DB11: The DB11 V8 is a fine car but the rorty AMG-sourced motor is better suited to its Vantage application. The smooth and sonorous V12 in the DB11 AMR is, by contrast, born for the DB11’s grand touring role.

Ford Mustang: I don’t think it’s too contentious to say that the Mustang is far better served by a normally aspirated V8 than a four-cylinder 2.3-litre. The four actually works well elsewhere, such as in the old Focus RS, but when it comes to traditional American muscle, there’s no substitute for the V8.

Mazda MX-5: A closer call this, and I respect and understand those who say the little sports car is better served by the 1.5-litre engine in the entry-level car. But I’d still go for the 2.0-litre, just because it’s better able to exploit the superb chassis, especially when fitted with Bilstein shocks and a limited-slip diff.

Mercedes-AMG A45 S: It would be so tempting to think of the A35 as a prime Goldilocks candidate, right up to the moment you drive the A45 S. While the A35 is decent enough, it doesn’t stand out among its competitors. The utterly nuts A45 S clearly does and it has the chassis to go with it, too.