The Polestar Precept is an electric, four-door grand tourer that previews the design of future Polestar models as well as highlighting the Swedish company’s plans for sustainable materials and advanced digital technology.

To be revealed at the Geneva motor show, the Precept is said to signify an important milestone for Polestar as a standalone brand (away from parent company Volvo) and reflect its values of “pure, progressive and performance”.

The Polestar 1, a limited-run plug-in hybrid coupé, and the Polestar 2, an electric fastback for the mass market, will shortly be followed by an electric SUV, the Polestar 3. The Precept, however, gives a broader hint at Polestar’s future design direction. The 1 and 2 were heavily guided by Volvo design, while the Precept is intended to demonstrate a move away from its parent firm’s styling influence – and potentially a future Tesla Model S rival. 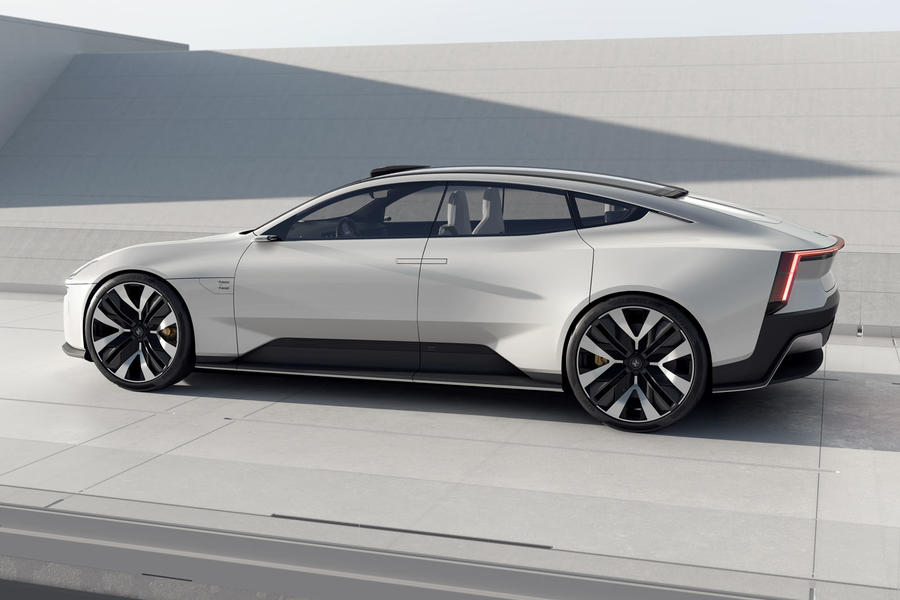 The low, sleek silhouette has a lengthy wheelbase of 3.1 metres – some 150mm longer than that of the Model S – to allow for a large battery and “an emphasis” on rear head and leg room, Polestar claims. In place of a front grille, the Precept has a so-called Smartzone that houses sensors, cameras and driver assistance functions behind a transparent panel. A lidar pod is placed on the glass roof for best visibility and is intended to be “a next step towards increased driving assistance”.

Following in the footsteps of the Audi E-tron and Honda E, the Precept has video cameras in place of conventional side mirrors. Also, the glass roof extends backward, so there’s no conventional rear window and the tailgate has a larger opening and higher-mounted hinges for better access. 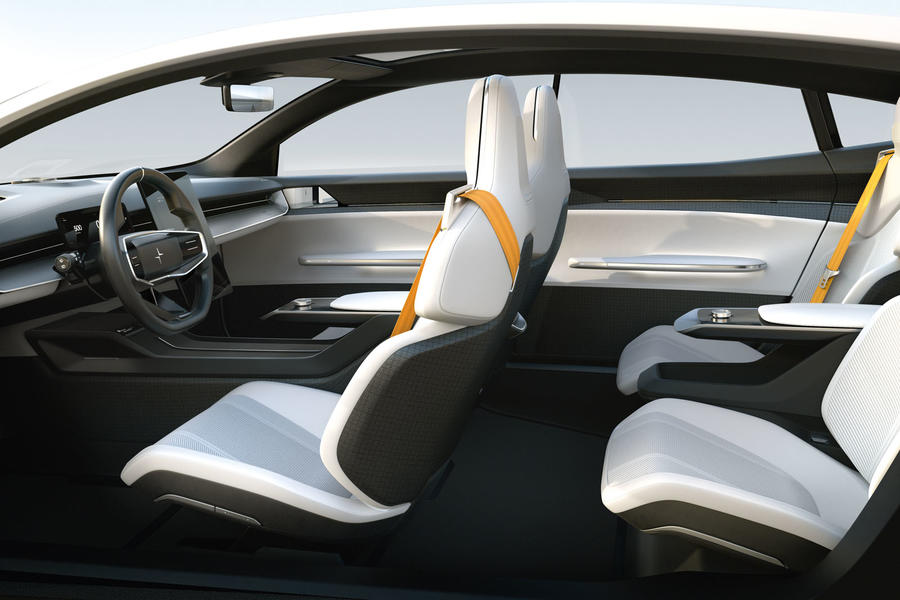 The next-gen infotainment system, powered by Android and building on Polestar’s partnership with Google, uses a 15in portrait-orientated central touchscreen and a 12.5in digital instrument display. The two are linked by an illuminated blade that surrounds the cabin, while a holographic Polestar logo floats inside Swedish crystal between the rear headrests. The instrument display uses smart sensors, including eye tracking, to monitor the driver’s gaze and adjust what the screens show accordingly.

Polestar CEO Thomas Ingenlath said: “The Precept is a declaration, a vision of what Polestar stands for and what makes the brand relevant. The car is a response to the clear challenges our society and industry face. “This isn’t a dream of a distant future: the Precept previews future vehicles and shows how we will apply innovation to minimise our environmental impact.”