Jaguar Land Rover is bouncing back from a tumultuous 18 months with development under way on what could be the firm’s most important model: the new Range Rover Sport.

Fresh from the successful launch of the Defender, the order bank for which is already well above projections, JLR also returned to profit last year under the firm’s crucial ‘Project Charge’ recovery plan. Engineers and designers have now shifted their focus to what should be an even bigger profit generator: the 2022 Range Rover Sport.

The third-generation Porsche Cayenne rival is expected to stick closely to the formula of today’s model. It will adopt more electrified powertrains and a range of enhanced technology and will aim to retain the balance of luxury and dynamic ability for which both previous models were renowned.

Today’s Range Rover Sport will be celebrating its seventh birthday in March, and this year it will receive a subtle makeover alongside the addition of a mild-hybrid straight-six Ingenium engine. Under normal circumstances a seven-year-old vehicle would be close to the end of its life, but the massive engineering operation of introducing the new ‘three-in-one’ MLA hybrid platform has slowed the roll-out of the company’s new-generation premium models.

While the launch priority will be the new Range Rover flagship model, which is due to be unveiled next year, it is the closely related Sport model that has been the serious cash generator since the original was launched in 2005.

Before Ford sold Land Rover in 2008, it had been strongly rumoured across the industry that the Mk1 Sport generated the highest profit margins of any Ford product globally. Even though annual sales were a modest 35,000 or so, customer enthusiasm for the car meant the showroom transaction prices were extremely healthy.

It was the current Mk2 Sport, however, that really changed JLR’s fortunes, with the model outperforming the Range Rover and its sales peaking as high as 80,000 annually. Land Rover, like most car makers, declined to reveal the average transaction price of a Mk2 Sport, but even a relatively conservative £80,000 each would represent £6.4 billion annual income at retail prices.

To retain this success well into the future, a key fundamental ingredient for the new model is handling that belies its size and weight, as was achieved with the first and second-generation versions. Styling is also crucial. More than one senior designer from a rival car maker has said the current Sport is a favourite contemporary design, something that is clearly reflected in its performance in the showroom.

It is expected that the Mk3 Range Rover Sport won’t repeat the huge design shift seen from the Mk1 to the Mk2. As with the Discovery, changing the formula too radically would be considered too big a risk.

Building another Sport with class-leading handling should not be a huge challenge given the move to the new MLA hybrid platform. The first new car off this architecture will be the battery-powered XJ EV, which JLR says will be revealed after March. 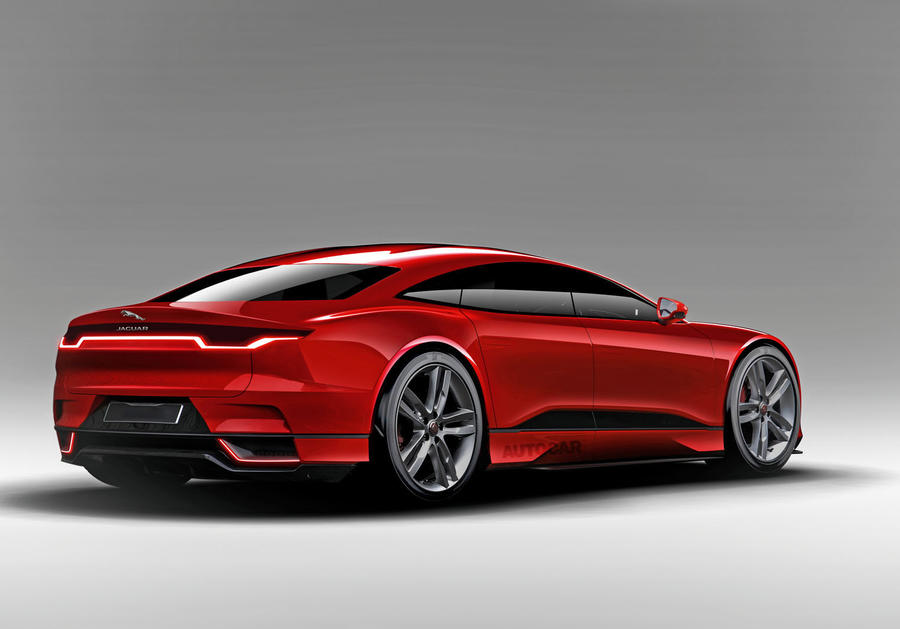 Few concrete details have emerged about the MLA. It is substantially constructed of aluminium and will be notably lighter than the outgoing D-series of aluminium platforms, which resulted in cars that were often no lighter than steel-platformed rivals.

Like rival all-new architectures from BMW and Mercedes, MLA will allow JLR to produce mild-hybrid, plug-in hybrid and pure-electric versions of the same model on the same production line.

For plug-in and hybrid models, power to the rear wheels will be provided by an electric motor. On the road its torque-vectoring capabilities will greatly improve agility, while off road the ability to finely feed torque to the rear wheels also promises another step-change in capability.

While the 2021 Range Rover is said to get a BMW-sourced V8 thanks to its status as an outright luxury model, the new Range Rover Sport is expected to have an emphasis on eco-friendly performance.

Like today’s refreshed car, the flagship Sport model will again have a forced-induction straight six with mild-hybrid and full-hybrid assistance. A four-cylinder hybrid model is also likely for the Mk3 Sport, and there’s a possibility that the new four-pot will be BMW-sourced as JLR moves towards a comprehensive powertrain alliance with the German maker.

According to JLR’s own research, by 2026 it expects battery-electric vehicles to account for 23% of the global market segments in which JLR competes. Hybrids and plug-in hybrids are pencilled in at 16% of the market, diesel 12% and petrol a surprising 49%.

These figures are for global markets and, as JLR admits, are difficult to estimate. However, JLR’s biggest models are the least suitable for formatting as pure-electric models because of their weight and frontal area.

A pure-EV Range Rover 5 is likely, but it will be a shorter-range city vehicle aimed at Asian megacities. The Jaguar I-Pace has years of life ahead of it, and it’s likely that the upcoming ‘Road Rover’ will represent the backbone of JLR’s electric vehicle sales. 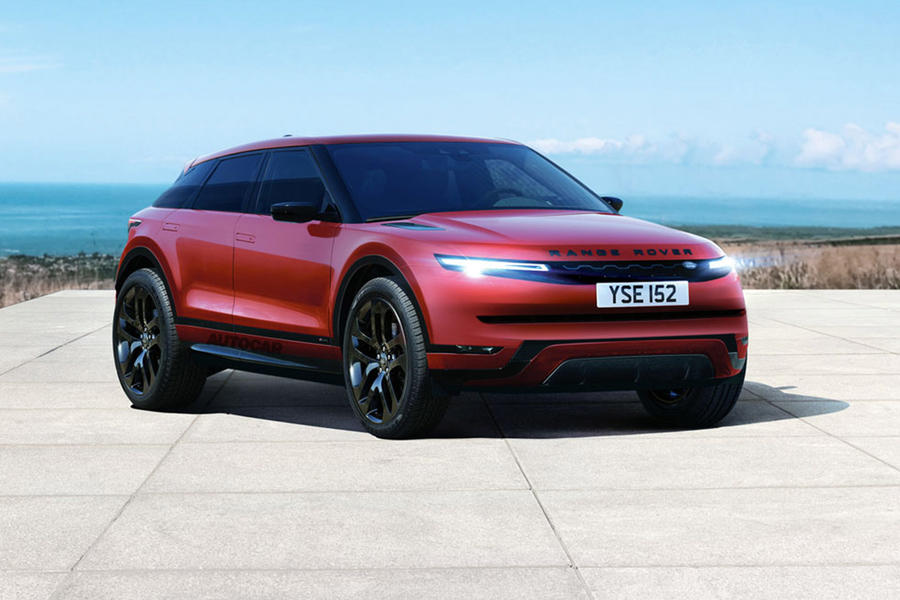 According to documents published by JLR last year, its MLA roll-out plan starts with a ‘Large Sedan’ (the Jaguar XJ) and a Large SUV (Range Rover 5), then a ‘Medium SUV’, thought to be the lower and sleeker Road Rover. But the new Sport should make the biggest returns on JLR’s huge investments. The company expects its flattened profit margins to leap back to 7-9% beyond 2023, putting the British car maker back in premium territory and settling it into a new period of calm.

Land Rover: a spotlight on sales

To put the importance of the new Range Rover Sport into perspective, we need to look at Land Rover’s sales figures over the past few years.

While JLR bosses can be congratulated for establishing three of the company’s four premium models (Range Rover, RRS, Velar) as strongly differentiated brands that seem to suffer little in the way of cross-shopping, it’s worth noting that the Discovery 5 has failed to pull off the same trick. 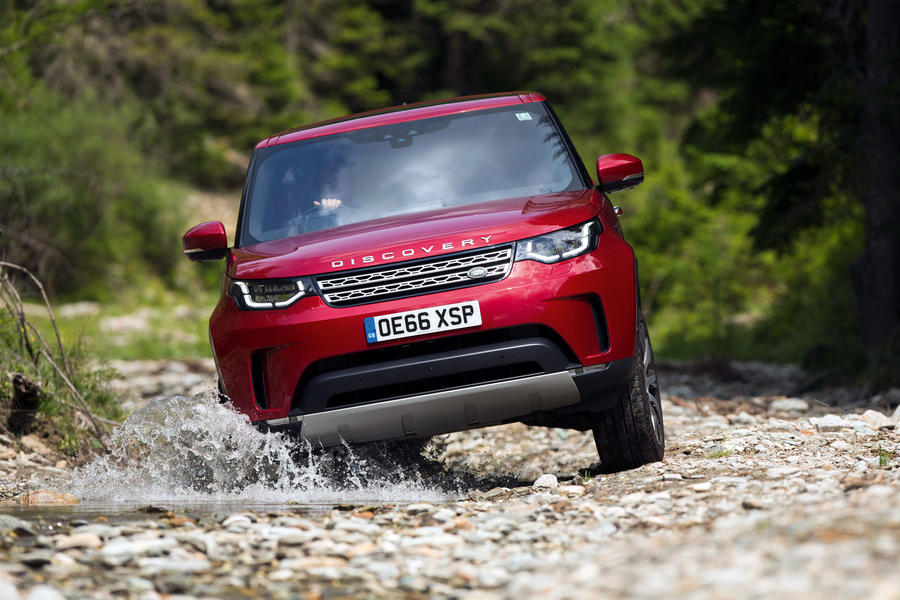 With the clearly defined Defender just weeks from the showroom, reinventing the Discovery to re-establish itself as distinct member of Land Rover’s growing premium family is going to be a significant hurdle – albeit one for the future.

How did Jaguar Land Rover perform in 2019?

In a financial presentation last November, JLR revealed that its profit margin between April and September recovered from the previous year’s -2.2% to -0.2%. Furthermore, that improvement accelerated to 4.8% in the July to September period.

This was partly because of much-improved sales in China (up 24% between April and June) as well as selling higher-specification cars and saving money on its manufacturing operations.

In the same summer period, JLR also came close to paying for its huge investments in the new-generation MLA vehicles – a massive £841 million over three months – from the cash it generated from sales.

This is a crucial achievement that means JLR is able to invest in the future without leaving itself hugely indebted.

Powertrain co-operation is key to survival 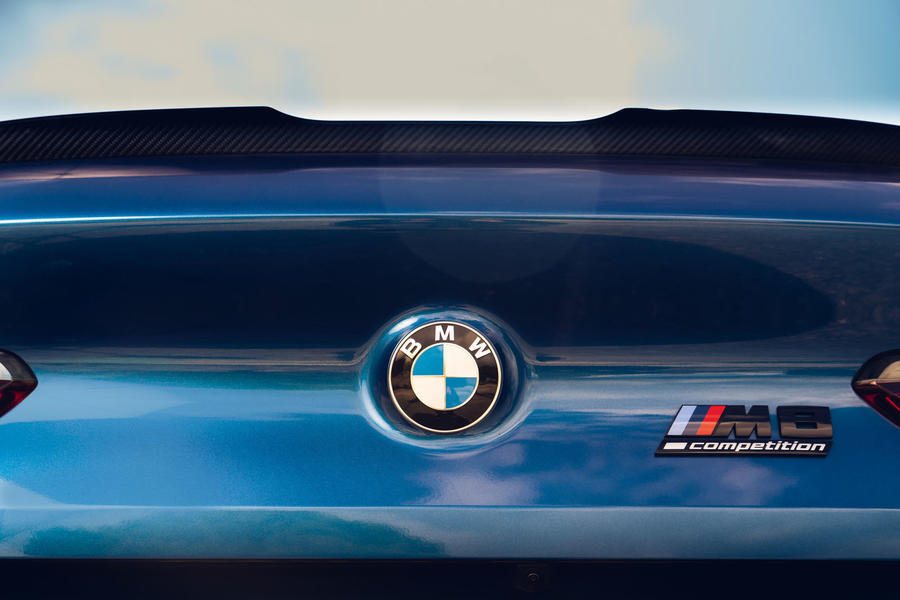 Some analysts believe JLR’s massive £3 billion write-down in ’property plant and equipment’ at the beginning of last year was related to phasing out some of its own engine development and instead turning attention to working with BMW on future electrified drivetrains.

JLR already has plans to make electric drive units at its Wolverhampton engine plant, and a battery factory at Hams Hall, coincidentally next to BMW’s UK engine factory, is on the cards, too.

JLR has also told investors it will greatly reduce its workforce in mechanical engineering, again pointing towards plans for significant co-operation with other car makers on powertrains and platforms as the huge costs of moving to electrification crush the premium brands.

According to JLR’s financial documents, the firm will spend up to £4bn a year for the next three years on new investments and research and development.

The future of Jaguar Land Rover, according to CEO Ralf Speth

Why Jaguar Land Rover is back in profit