What’s hot and what’s not? The SMMT’s new car registrations data reveals all, and we’ve been studying the most recent figures to find out Britain’s best-selling new cars.

The figures shown for each model are the most recent year-to-date sales numbers available. We’ll be updating this list monthly.

It’s hardly a surprise to see Ford’s supermini in the top spot, because it has been the UK’s best-selling new car every year since 2009. What is surprising is that demand for it hasn’t slipped following a radical line-up reshuffle last year that brought its entry-level price up by nearly £2000. Clearly, the Fiesta’s ability to blend efficiency with dynamism and charm is still a winning formula for a large portion of UK buyers.

There’s success for the Blue Oval in the hotly contested family hatchback segment, too. When we tested the Focus in 2018, we liked its playful chassis set-up, engaging driveline and improved ergonomics – plus points that continue to tempt buyers away from German, Spanish and Czech equivalents.

A new Golf will land in dealerships imminently, but demand for the outgoing Mk7 variant (or Mk7.5, to be pedantic) is holding strong. Volkswagen’s uncanny ability to combine people-pleasing styling, efficient yet potent powertrains and overwhelming practicality in one affordable package means that, even at nearly seven years old, the outgoing car doesn’t quite feel its age.

The perennial runner-up to the Ford Fiesta in the supermini class finds itself in fourth place, but the Corsa remains Vauxhall’s best-selling model in Britain – still technically its home market – and the arrival of the all-new PSA-developed car is sure to keep the nameplate in the top 10 best-sellers list. 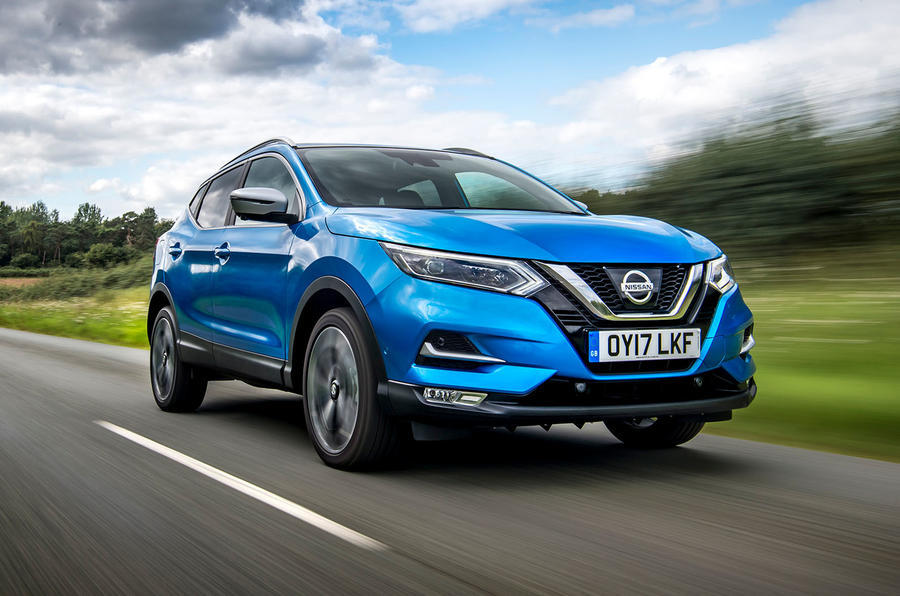 When the Qashqai arrived back in 2006, it heralded the birth of the crossover class, which is now the most crowded and in-demand segment in the UK. Even now, 14 years later, and with nearly 30 well-rounded opponents to fend off, Nissan’s mid-sized SUV remains the king.

A surprisingly premium entry here from Mercedes, but one that makes a lot of sense when you consider the sheer variety of drivers the A-Class would suit. With petrol, diesel and now plug-in hybrid options on the roster – as well as an overwhelming array of specifications and trim levels to choose from – the A-Class has become a real people pleaser.

Vauxhall’s largest model continues to find favour with buyers searching for practicality, space and frugality on a budget. It remains to be seen if the new 296bhp Hybrid4 variant – which commands a near-£50,000 list price in top-rung form – will play a big part in the Grandland’s ongoing success.

The Polo has lost some ground in the past couple of years. It was the sixth best-selling car in 2018 and in December of that year was second only to the Fiesta. The fact remains, however, that it’s our favourite supermini on the market today. According to our reviewers, the Polo is “at once roomier, plusher, more technology rich, more pleasant to use and more polished to drive than almost any supermini on the road”.

Munich’s five-star saloon reclaims its position as one of the UK’s best-sellers, seeing off competition from the Audi A4 and Mercedes C-Class. Attractive finance options aside, a big reason for the 3 Series’ appeal is its trademark duality: at home on autobahn, A-road and avenue, it’s still one of the most competent all-rounders on sale.

The Sportage has become a stalwart of the top-sellers list. It’s easy on the eye and offers a satisfying driving experience that belies its affordable family transport billing, while offering class-leading load capacity and the choice of a range of efficient petrol, diesel and mild hybrid motors.