Radical environmentally friendly organic batteries are a “very promising technology” being evaulated by Mercedes-Benz for future use in road cars – but it’s at least 15 years away from mainstream production.

The technology was previewed on the future-gazing Mercedes-Benz Vision AVTR concept car unveiled earlier this year.

Organic batteries are made from graphene-based organic-cell chemistry with a water-based electrolyte. That means they don’t use any rare or toxic materials or metals, making them entirely recyclable through composting. Early testing shows they also offer both a high energy density and quick-charging capability.

Andreas Hintennach, Mercedes’ senior manager of battery research, said: “It’s a very promising technology. I’ve already seen it working in laboratories, where the results look really good, but we don’t see that it’s close to being used in production technology for now. It’s around 15-20 years away.”

Mercedes-Benz has set a goal of becoming entirely carbon-neutral by 2039. To this end, it’s researching a number of technologies to reduce the environmental impact of battery production – particularly by cutting down the use of controversial materials such as cobalt and lithium. All current electric vehicles, including the Mercedes-Benz EQC and the firm’s other EVs, use lithium ion battery technology. 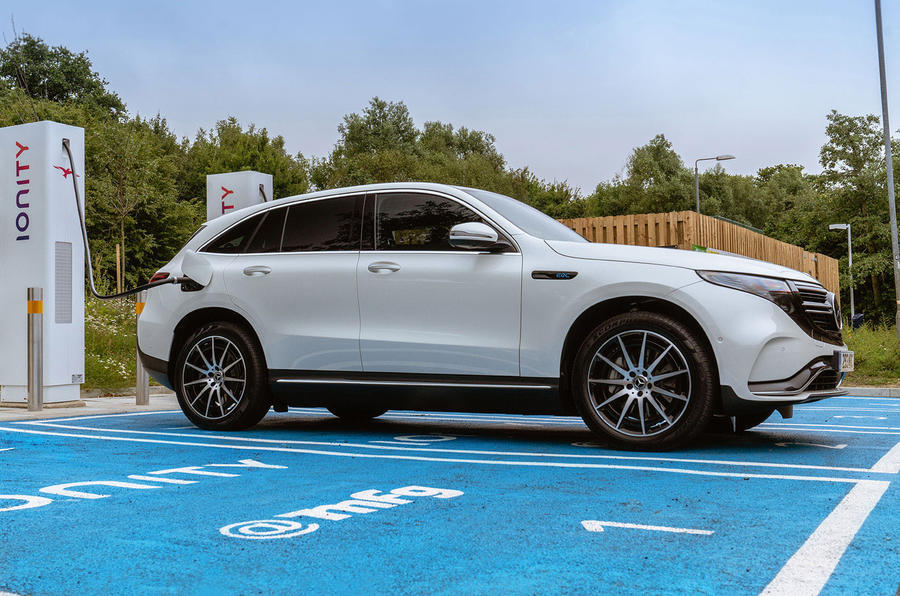 Mercedes is working to improve the efficiency of lithium ion batteries – Hinnentach estimates that range could still be boosted by up to 25% – while evaluating a number of future technologies that it aims to introduce within the next 5-15 years.

That includes solid-state batteries, but while Hinnentach said this tech “opens a lot of doors and windows”, he cautioned that “it’s not a magic solution”. He added: “Solid state adds lots of positive aspects. It’s not a miracle but would be a huge step forward.”

Hinnentach added that a major current problem with solid-state batteries is long charging times, making them unsuitable for road cars. Mercedes is aiming to first introduce them into production in an eCitaro bus in the second half of this decade.

Other technologies under investigation by Mercedes include lithium-metal anodes, lithium-sulphur batteries and lithium-oxygen batteries. Hinnentach said that all offer different benefits and drawbacks in terms of efficiency, density and weight.

He noted that different battery types would likely be used in different vehicles, with lithium-sulphur, which is lighter than lithium ion, potentially allowing for vehicles to be fitted with smaller battery packs.

Asked if there is a risk in pursuing multiple technologies, Hinnentach said: “It is challenging, but you need novel ideas. We need to be very focused on the future.

“You do risk inefficiency by looking at multiple options, and not all will make it to market, but if you didn’t take risks in R&D by backing multiple horses, then you could end up losing. We’re also keeping the pipeline open for the future.”