Skip to content
HomeNEWSJaguar’s new design era: the man behind its future

New design director and self-professed maverick Julian Thomson is promising big changes at the British brand. What will it be like? We ask him

Like all great car designers, and quite a few who aren’t, Julian Thomson drew cars constantly when he was young.

But instead of drawing other people’s designs – Ferraris and Porsches, like the other kids – he always drew his own. “My father, who worked in the National Gallery, wasn’t especially into cars but he loved the creative process,” says 58-year-old Thomson, who succeeded Ian Callum last July as Jaguar’s design director after 20 action-packed years as his closest associate. “He always encouraged us kids to do our own thing. If we made an Airfix kit, we’d immediately cut it up and make it into something of our own. I suppose I was designing from the very beginning without realising it.”

Thomson was always the natural successor to Callum, having been right there during the re-founding of Jaguar’s design values via the XK, XF, XE and all the other new Jags of the past decade. But it would be quite wrong to suggest he spent much time in Callum’s shadow. After a spell at the Royal College of Art’s postgrad car design course, he created the original Lotus Elise, which brilliantly set a new design direction for Lotus without harming its best-loved values. And during a busy couple of years as Land Rover’s advanced design chief, Thomson led a tiny team that created the original Land Rover LRX concept that soon appeared, little changed, in production as the Range Rover Evoque. That model became a car industry phenomenon, quadrupling predicted sales for a decade and moving Land Rover to a whole new commercial footing.

No one who’s ever seen Thomson at work would ever cast him as a yes-man. “Ian and I had a yin and yang thing going,” he explains. “He was the curator of Jaguar’s design values. I was the maverick who always wanted to push. The cars were, in a sense, the average of that.

“We disagreed almost out of habit and the design team came to expect us to haggle things out. It’s vital in our job to be able to sound off, to throw ideas back and forth but to do it comfortably. We could do that. My task now is to keep that questioning spirit going.” 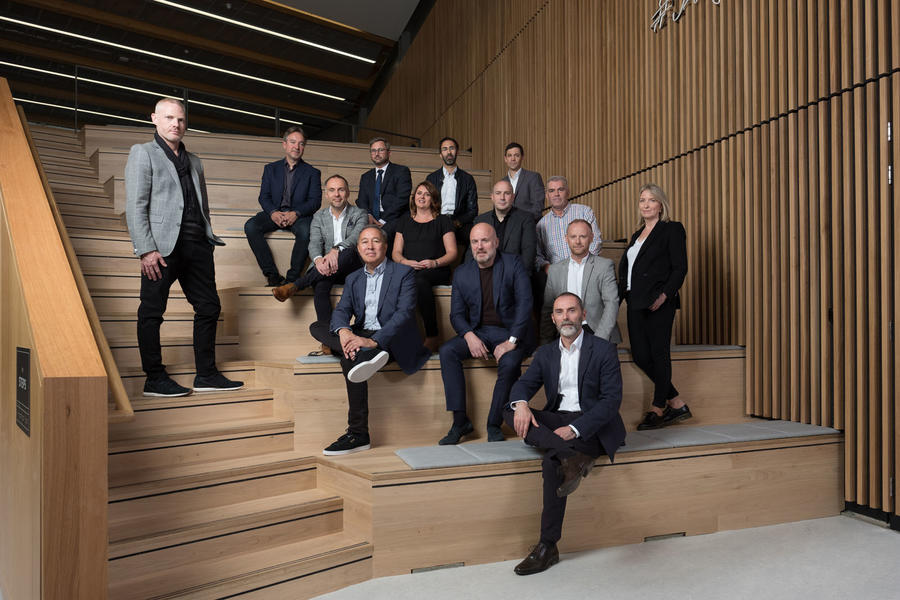 Thomson has always been very close to his two most senior designers, Alister Whelan and Adam Hatton, and says he’ll depend on them – and others – to sustain that maverick spirit. Meanwhile, despite two decades of creative disagreement, he’s extremely positive about the achievements of the Callum years.

“Ian and I arrived at Jaguar within a few months of one another with exactly the same intentions,” Thomson says. “We had both led the reinvention of British sports car brands that had lost their way – Aston Martin for him, Lotus for me – and we did that by grabbing them by the scruff of the neck and moving them into the future.

“That was the job to be done at Jaguar, on a much bigger scale and with a wider product line-up. We had to take the crown jewels of the British motor industry and make the cars more innovative and more forward looking. It took time but I believe we’ve achieved it.”

What now? Thomson has always been a forthright interviewee and it’s almost as if he’s glad to be asked. “We can’t stay on the same trajectory,” he declares. “We have to keep reinventing ourselves.” All very well, say I, risking rudeness, but given you’ve been around for 20 years, aren’t you too heavily invested in the past? Should the management have chosen a new broom? He takes the point calmly, having obviously thought about that quite a lot.

“Being around 20 years is good and bad. You know the routines and the people. And you can’t just chuck away things that have worked. But you have to be very careful how you use history, and work hard to keep things relevant. It’s true some people in my position get misty-eyed and protective, and reluctant to move things forward. But we’re not going to be like that.

“Working with Ian was great, but it’s time to move on. Ian did things in a certain way; had certain rules. Those are there to be broken now. If he were to walk back in the studio today, he might be uncomfortable with some of the stuff we’re doing. It’s good stuff and weird stuff together, as a way of stretching the brand. But that’s okay: to find yourself you have to lose yourself first…” 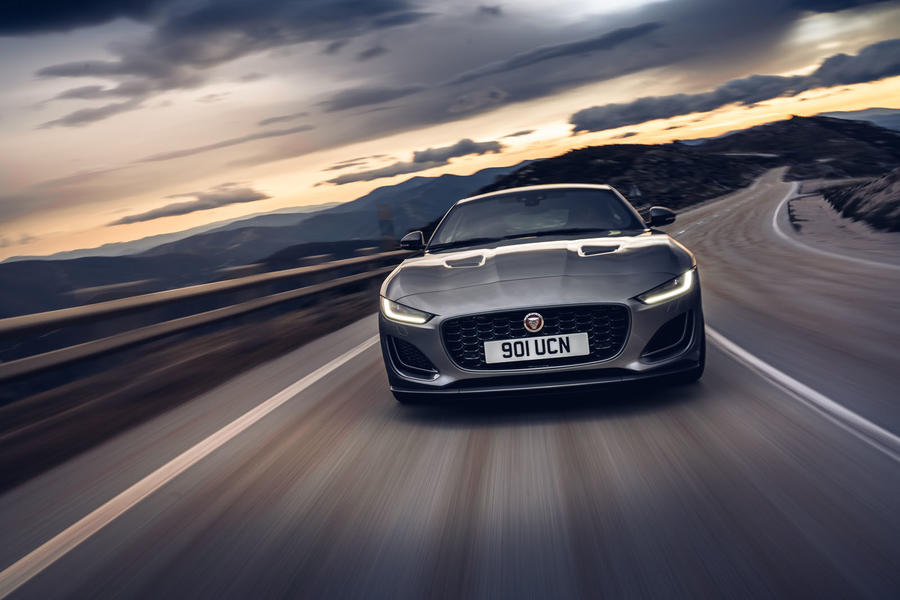 I’m keen to hear exactly how this new thinking will change Jaguars but Thomson says we’ll have to wait because they’re still working it out. But he does scatter a few clues: “It seems to me most of the gaps in the market have been plugged. If you go back 10-15 years to Evoque days, that was a true white space car. But there are few opportunities like that left. We’ve brought Jaguar’s products up to date, too, so I believe it’s time to make them richer, more special and more distinctive.”

Other priorities? “Electric cars are a big thing for us. We’ve had a strong start with I-Pace. And, as you know, the new XJ will be all electric. That’s going to be terrific, a story of serenity and calm, a very beautiful car with nice colours and materials, not at all flashy and not full of intimidating technology. We’ve taken a lot of trouble to control how light comes into the car, all part of creating a serene environment. We all remember [Jaguar founder] Sir William Lyons’ famous comment that an owner should feel better stepping out after a Jaguar journey than when he stepped in.”

When Jaguar’s new approach is decided, will Thomson and his team launch a concept car to announce it? After all, they did in the early Callum days with much lauded creations like the R-Coupé and the R-D6. “In principle, I’d love to do that,” says Thomson, “but you’ve got to consider what concept cars stand for these days. The days of genuine dream cars – like those GM designs of the 1950s – are gone. Star-gazing doesn’t work. People don’t believe in it.”

Thomson reckons the expectation nowadays is that if you launch a plausible concept car, you’ll pretty soon build it for real. And you wouldn’t want to show something great and make people wait three years for it. So before Jaguar shows another concept, it’ll need to be sure the idea has a settled purpose and a reward. In short, no plans yet. 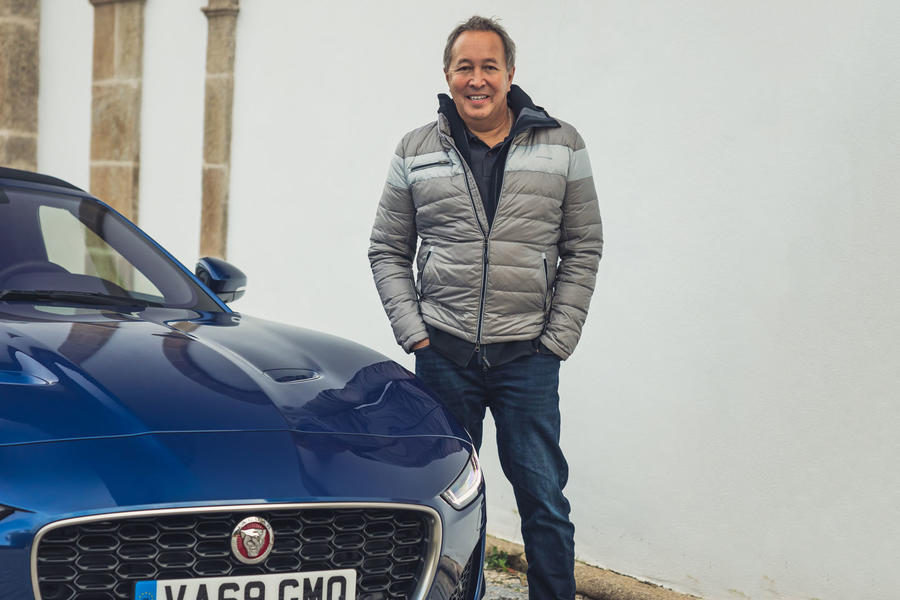 Thomson is far from being a design sprog, but his cars have carried a better youth image than many Jaguars. Will there be a concerted effort to attract younger owners with the forthcoming cars? “Youth certainly does matter,” says Thomson. “Look at the trouble the German marques have taken to get youth interested – even though they’re not the ones with the money, unless they’re Chinese. I guess everyone wants young cars, even if they’re 60.

“However, I believe it’s more important for manufacturers like us to have a very diverse customer group. We don’t just want loads of white Americans and Europeans: we want a global audience and many more female owners. We want more owners from the creative areas, too, who particularly seek beautiful cars and emotional design. Our values work perfectly for them.”

Given that premium manufacturers (including Jaguar Land Rover) have over the past decade pinned their success on expanding product ranges, I’m interested to hear Thomson’s view on Jaguar’s price spectrum. Are there opportunities to make Jaguars more expensive or cheaper? He doesn’t seem keen on the former (“We could make more expensive models, I suppose, but we’ve never been really flashy”) but he believes, with reservations, that the time could be right for the latter.

“I’d love to do some smaller cars,” he says enthusiastically, “and it feels as though the time is right. Jaguar needs a global product that could appeal to younger buyers, and more females as well. Our values are ideal for owners who want more efficient cars but still like design quality, luxury and cars that are nice to drive. But it’s a tough sector. You need big numbers, which means big factories, and a big organisation to sell them. But that’s definitely where I’d like us to be…”

Thomson’s own preferences in cars fits this template more or less exactly. “I’m a car guy,” he says, “not a great collector or an architecture expert. I’ve always enjoyed driving, so car ownership for me is about driving.” Apart from his two company Jags (F-Pace SVR and F-Type SVR), Thomson has a Honda Civic track-day car (he designed it), a Renault Clio 182 Trophy, a Lotus Elise 160 Mk1, a Subaru Impreza, a Ferrari Dino and a Porsche 911 GT3. Oh, and his girlfriend has a BMW M3. “They’re all for driving,” he says. “I’ve never been attracted to big cruisers…”

As you read, Thomson is at work in his attic, electronically in touch with most of his 280-strong team and still doing scheduled animation sessions and design reviews, but also taking time to “regroup creatively and examine where we’re going”. Also to forget their Alias design software and tackle some sketching with pen and paper, which he labels “the great leveller”. 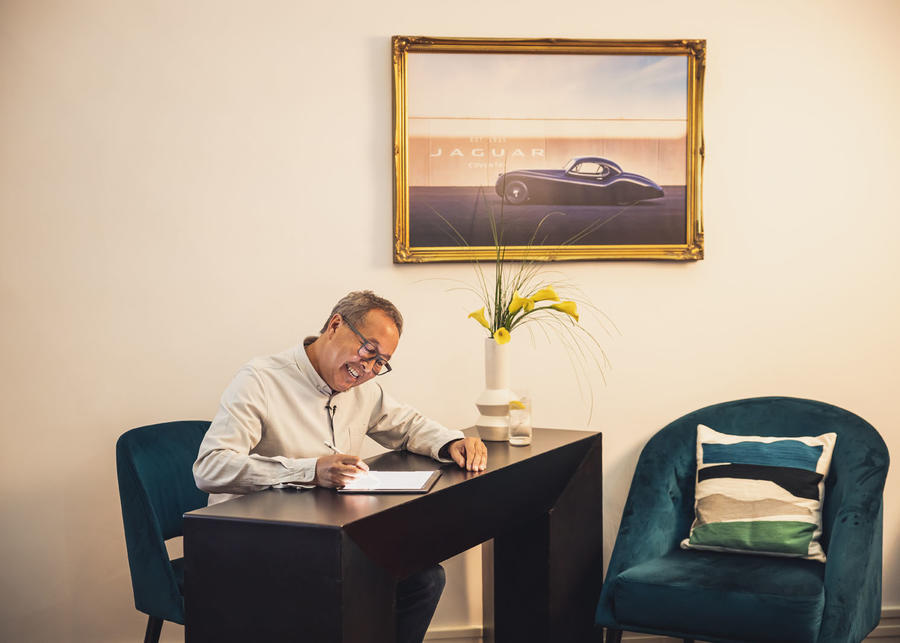 Right now, Thomson wants his Jaguar designers to reflect on how lockdown will affect potential customers and their attitudes to cars: whether they’ll simply be glad to be alive and go a little bit crazy with car purchases, or become more conscious about not consuming – or driving – as much as before. “I get a strong feeling quite a lot is going to change,” he says. “We must be ready.”

BEING A DESIGN DIRECTOR: “It’s like being a film director. You don’t act or get behind the camera, but you orchestrate everything the team does. The skill is in grabbing and distilling opinions so you understand what your colleagues believe and can point the whole thing in the right direction.”

THE FUTURE OF LONG BONNETS: “Will they die in the electric era? The jury’s still out and I’m not going to give you my answer. But traditionally, long bonnets have meant premium cars and short bonnets have meant, well, Fiestas. In any case, we’re still learning about electric car packaging.”

JAGUAR AS A SPORTS CAR COMPANY: “I’d say Jaguar was definitely a sports car company. We make aspirational products. It doesn’t matter if an owner doesn’t use all the potential. When you buy a tennis racket, you don’t buy the one that suits your ability: you buy the one some bloke at Wimbledon uses.”

HIS FAVOURITE JAGUAR: “It changes all the time. I think at present it’s the XK120, maybe because my great uncle [racing driver Prince Bira] raced one years ago. But I’ve also got a soft spot for Group C sports cars. I bought a model of the Jaguar XJR-9, the TWR Le Mans winner, just the other day.” 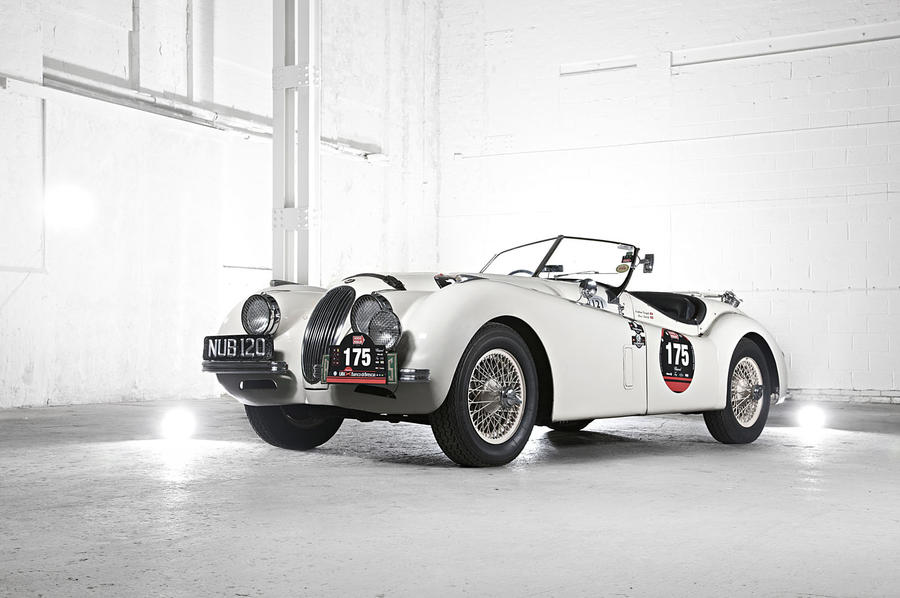 A DAY IN THE LIFE: “Design to me is communication. In the studio, I spend very little time at my computer. I walk around talking to people and looking at clay models. But I still think this lockdown can be helpful. We’ve got some pretty probing questions to face about where we should go.”

THE E-TYPE INHERITANCE: “The E-Type is a beautiful thing, but I sometimes feel its weight on my shoulders, given that I’m part of the family that produced it. But that’s a huge privilege, too. I find it hard to be objective about the E-Type, because our ultimate ambition is to do cars as stunning as that.”