As part of our guide to the perfect motoring year, here are some top tips on what to fill your time with over the next 12 months

We’ve already given you a comprehensive guide to all the new cars to get excited about in 2020 – but now it’s over to you.

There are plenty of ways you can indulge your love of cars this year, and it doesn’t have to cost you the world. This, then, is your updated New Year’s resolutions list, as compiled by Autocar writers.

Whether it be the diminutive Suzuki Jimny or the grandiloquent Land Rover Discovery, we all love a 4×4, and with so many economic and political uncertainties being thrust at us, now might be the time to put one on your drive. Buying a butch four-wheel drive used will save you cash, too, and prices look appealing. You can buy a Disco 4 from £10k or a present-shape Range Rover from £20k. Too opulent? Try a Toyota Land Cruiser from £10k, a tiny Fiat Panda 4×4 from £2k or a Dacia Duster from £3k. Buy any of them and feel splendid on Tarmac and superior in the city. 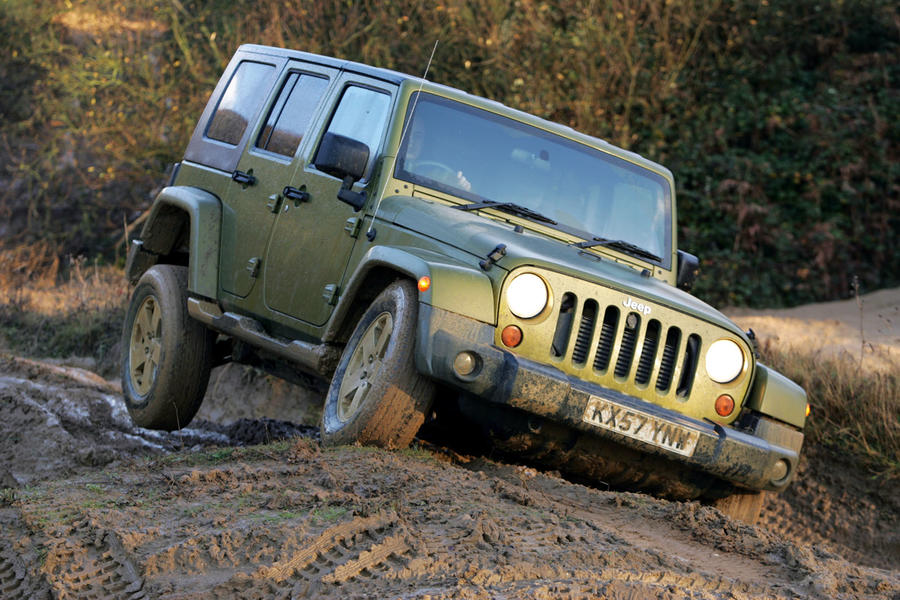 There is a serenity about driving an EV that you don’t get with a petrol car. It makes even the smallest supermini feel like a luxury experience: so smooth, so quiet, so quick off the line. Try it – you may even find yourself forgiving the charging infrastructure’s foibles and searching for the extra cash needed for an EV compared with a combustion-engined counterpart. 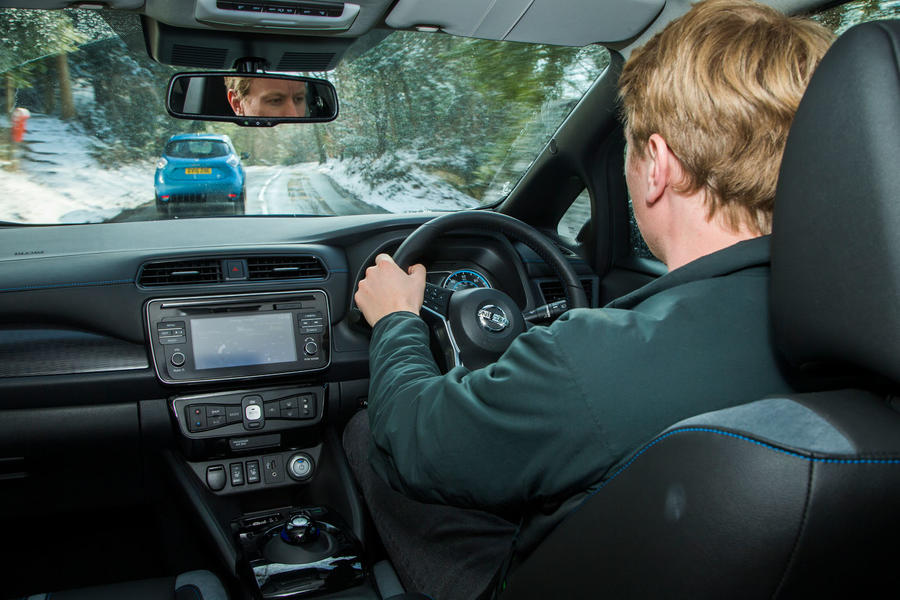 Buy a new car with a super-keen deal

Car makers and retailers are hurting. And while your heart may not bleed for them, this is a great time to take advantage of some of their ever-keener attempts to persuade you to overlook the backdrop of economic and regulatory uncertainty and buy a new car.

As ever, timing and car choice is everything. Look for run-out examples of models about to be replaced (the Volkswagen Golf, for instance) for the best bargains, and don’t rule out buying on finance, where deposit contributions to shift unwanted stock can be especially tempting. Shop well, and buying this way can even incur less depreciation than buying nearly new. 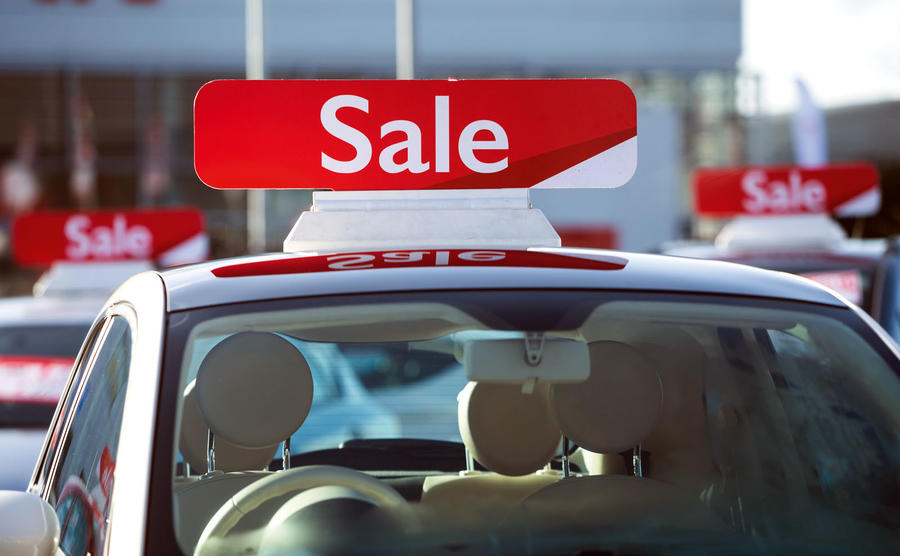 Drive a Caterham or an Ariel

We all start the new year with a promise to detoxify, so why not extend it to driving? Beg, borrow or steal (actually, not the last one) to get a go in one of these British lightweight specials for a synapse-sparking, driver aid-free reminder of why we love getting behind the wheel. 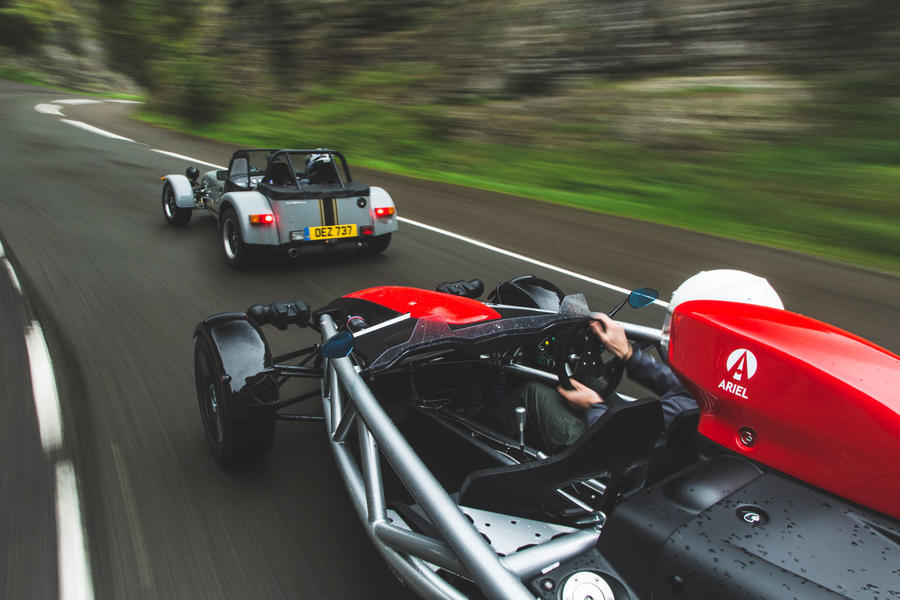 Buy a car for the Festival of the Unexceptional

The Festival of the Unexceptional is the most enjoyable, most care-free enthusiast’s event of the year. It celebrates the unfashionable cars most people looked past all their lives, even though they were often associated with great motoring tales: fraught family holidays, cheap deals and never-ending battles with reliability. We’ll never forget strolling through the 2019 field admiring Maestros and Avengers, Humbers and Princesses, and chatting to a bloke who had a tiny train set laid out in the boot of his Morris Minor. Prices for such cars have started to rise, but they’re still very low. Get searching! You could be a winner. 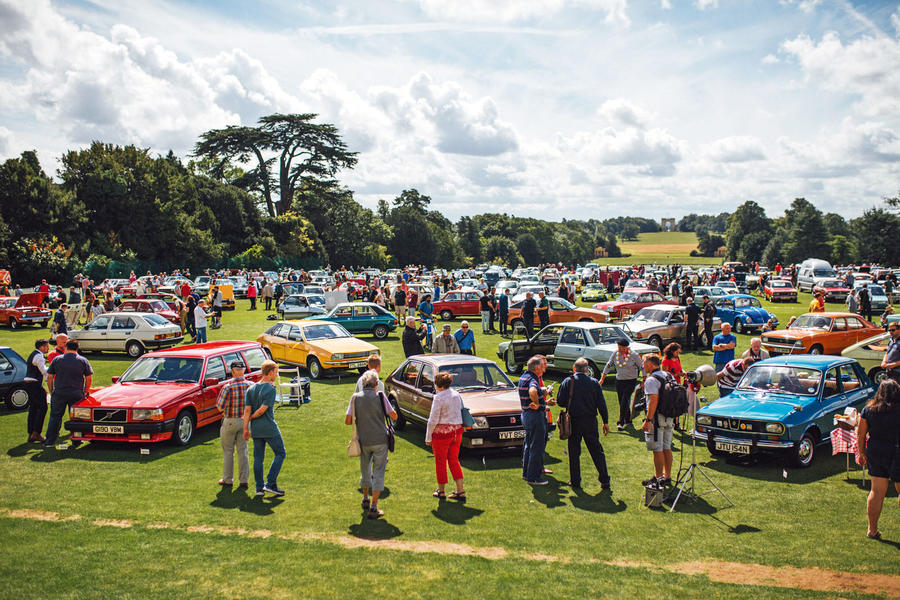 There are plenty of unloved old cars hiding in plain sight on Britain’s drives. Don’t let that would-be classic go unappreciated: do your research, track down the owner and ask what they had planned for it. A sensible offer could make it your next project. 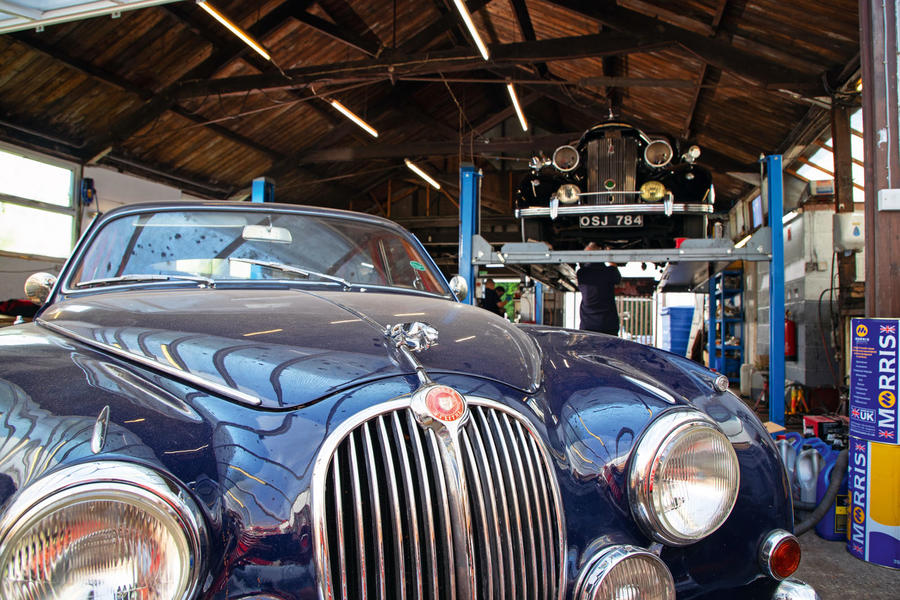 Go to a high-end car show…

If a blend of classics, supercars and a royal palace is your bag, put the Concours of Elegance at Hampton Court Palace from 4-6 September on your list. Waltz around Henry VIII’s former south-west London home admiring some of the world’s rarest cars from the likes of Bugatti, Ferrari and Rolls-Royce. Do the maths and there’s nearly £1 billion worth of cars on display over the three days. There are plenty of other high-end car shows through the summer months. Search the internet for the best near you. 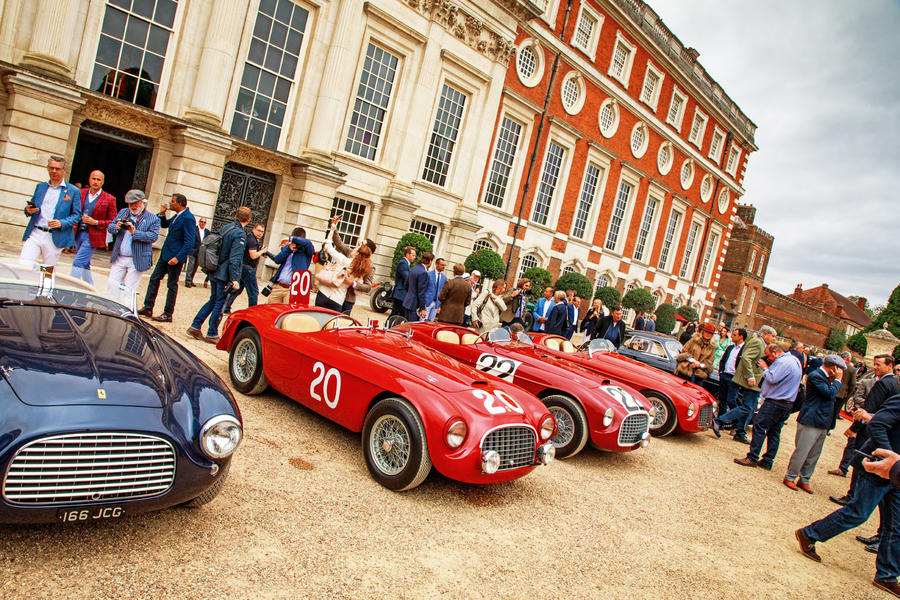 … Or your local classic car show

No interest in unobtainable multimillion-pound garage queens? Forget the big classic car shows and pop down to your local gathering – probably found on the same field as the Sunday car boot is held. You’ll be amazed by the variety of metal, and the owners often have a story. 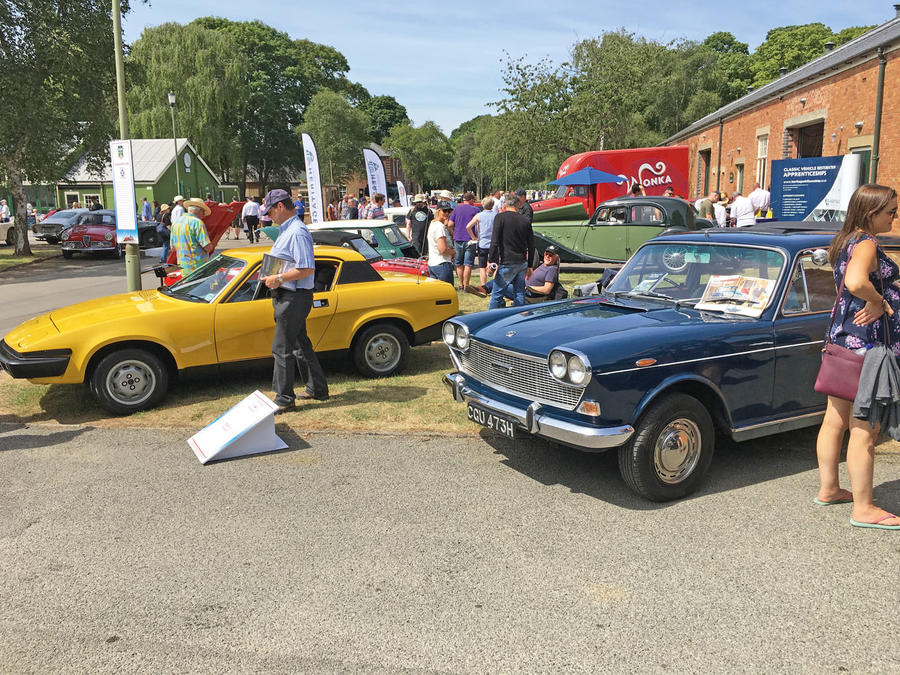 Everyone has their favourite rallying era, but objectively the latest WRC cars are the fastest yet. They’re also the most spectacular. New regs in 2022 could usher in electrification, so get stageside this year (why not Wales, it’s on the doorstep?) for an earful of anti-lag and a face full of gravel. You won’t regret it. 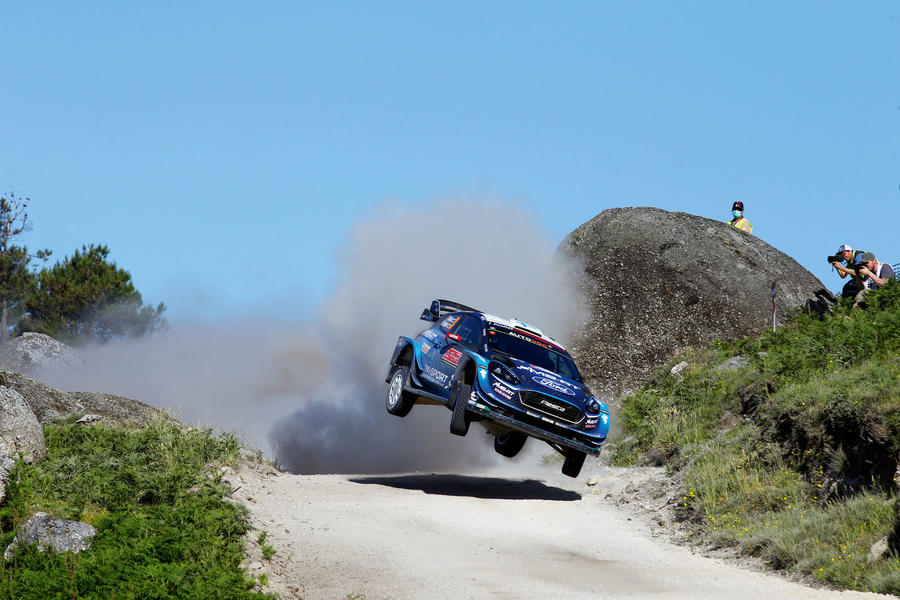 ‘Controversial’ barely describes BMW’s latest styling direction. But will they age gracefully like the Chris Bangle-era cars? Widely panned at launch, many of his designs – the original Z4, the 2003 6 Series, even the E92 3 Series Coupé – are now highly regarded by many. 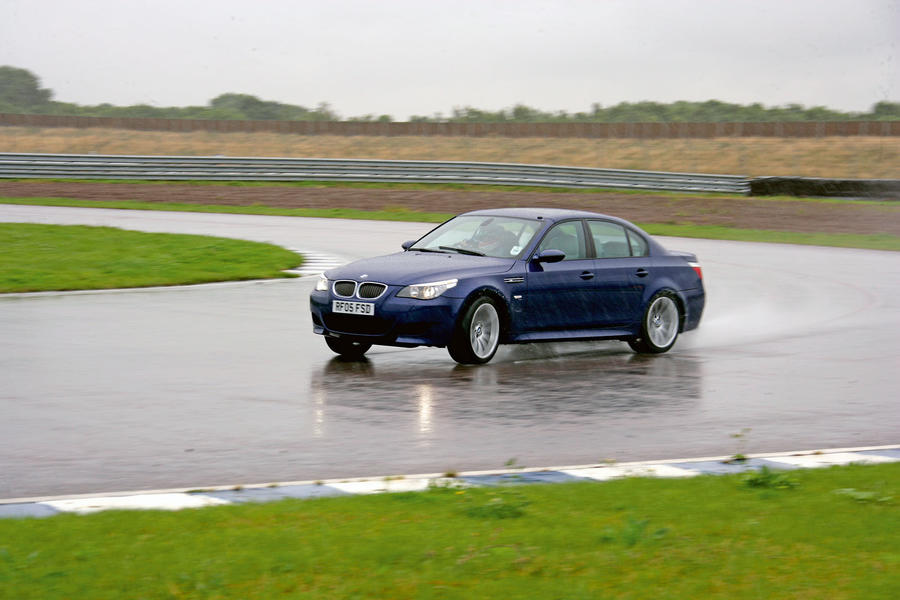 Drive out of the Channel Tunnel in Calais and you could theoretically not stop until Russia’s Pacific Coast. That’s extreme, but France, Spain, Italy and so many more great holiday destinations are just a road trip away. Give it a go this summer: you’ll enjoy the journey as much as the destination. 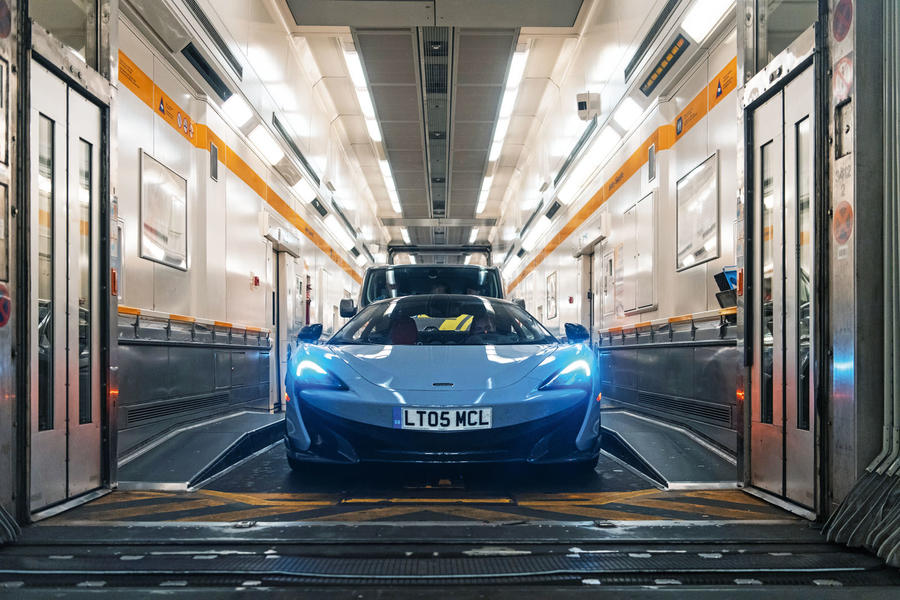 Shop abroad for a car

The great thing about buying a car abroad is that you have to go there to look at it, which is a wonderfully sellable proposition to your other half. Not only that, but you also get to meet interesting people and their vehicles. Car enthusiasts are pretty much the same the world over, even if there is a language barrier. You will also have access to something you may not have seen before in the UK. If you can organise collection and drive it back yourself, it’s a wonderful road trip you’ll remember for the rest of your life. 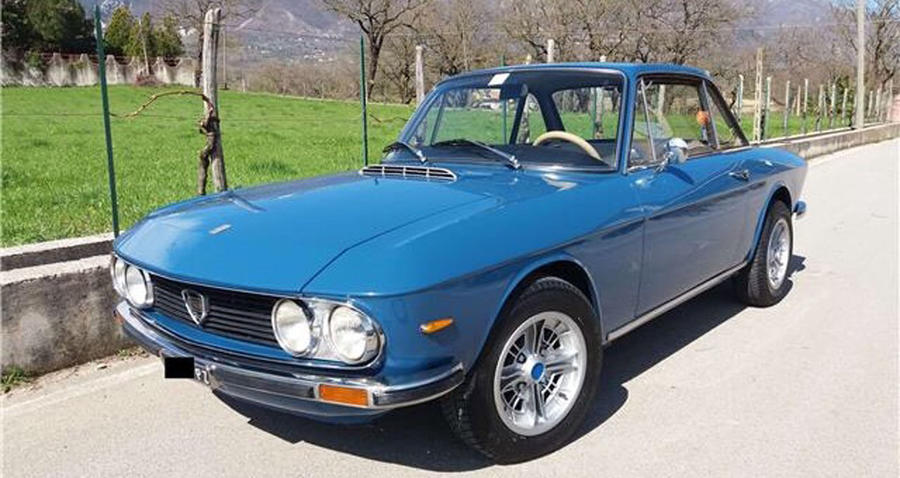 Little can match short oval racing for visceral thrill, whether it’s high-powered stock cars sliding or brutal banger racing. Sadly, external pressures – the need for land, noise complaints and more – have led to a string of ovals closing in recent years. Go and support the remaining tracks while you still can. 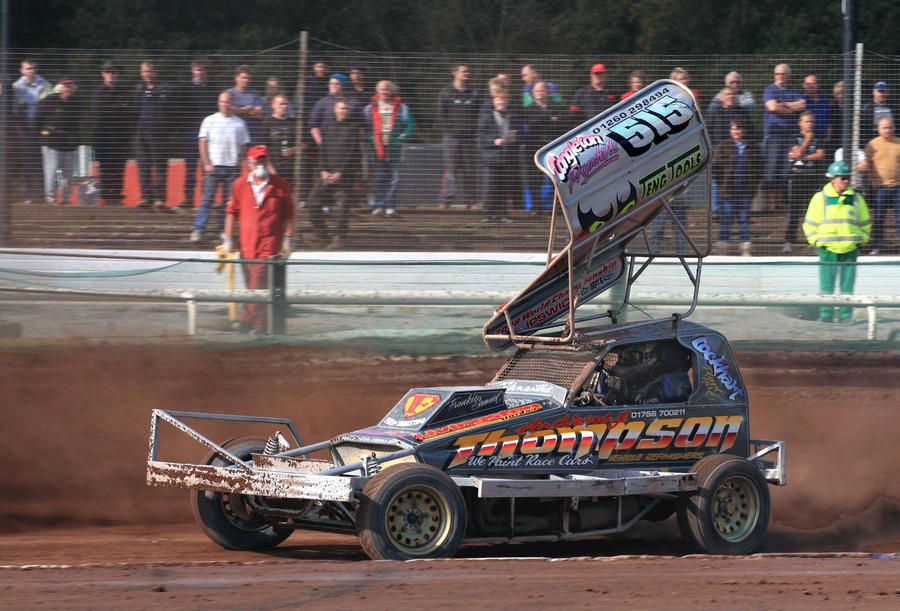 Visit the ZeitHaus (and enjoy some currywurst)

The ZeitHaus design museum is at the heart of Volkswagen’s Autostadt ‘theme park’ – but you’ll find more than the firm’s machines inside. It’s a lovingly curated collection of historic, significant, unusual and interesting cars from more than 65 brands, all in immaculate condition. It’s worth a road trip to Wolfsburg. And while you’re there, why not stop in one of the Autostadt restaurants and enjoy some authentic Volkswagen currywurst? Note: a vegan version is available. 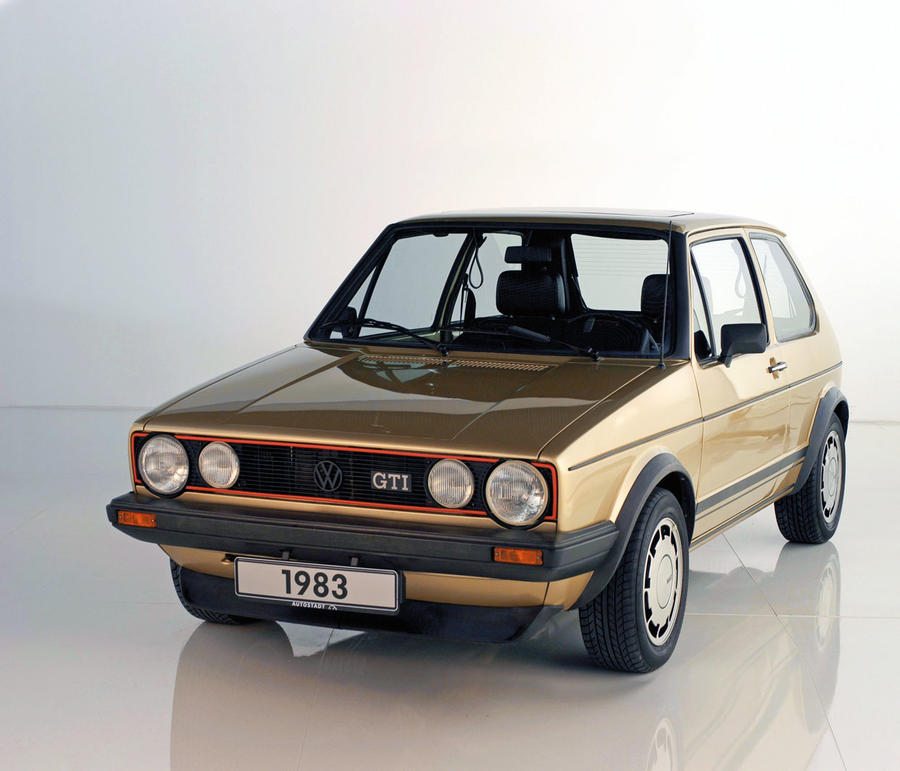 Set your alarm for an early drive

Don’t let congestion and tailbacks spoil a weekend B-road blast. Set an extra-early wake-up call and you can get a head start on the traffic while everyone else is still in bed. With a bit of forward planning, you’ll make it to your favourite driving road just as the sun is beginning to rise. Leaving the house in the cold and dark will be worth the effort when it’s just you, your car and a clear stretch of Tarmac. 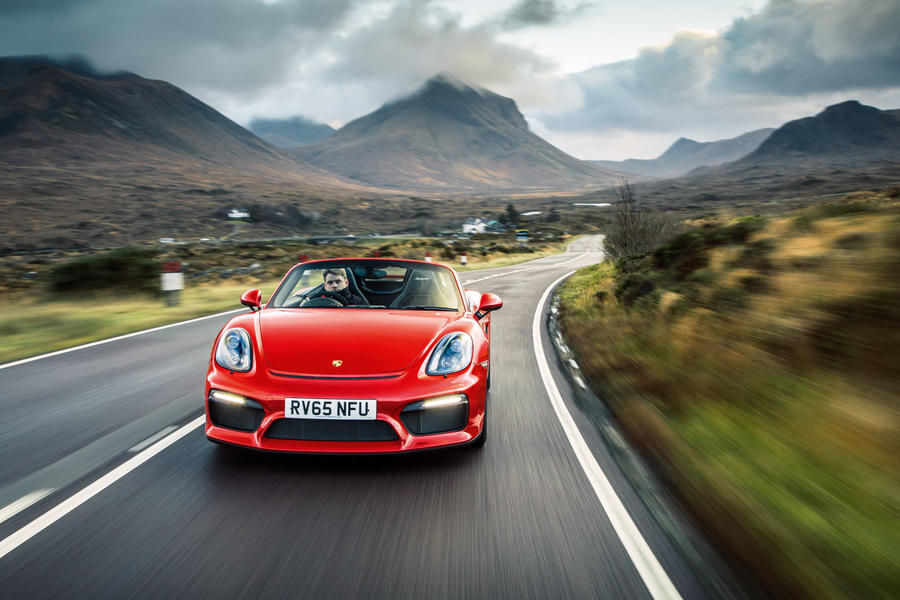 Racing simulators are constantly improving, but play with an Xbox or PS4 controller and you’re only halfway there. Invest in a steering wheel and pedals for a more true-to-life experience – and one that’s cheaper than a real track day. 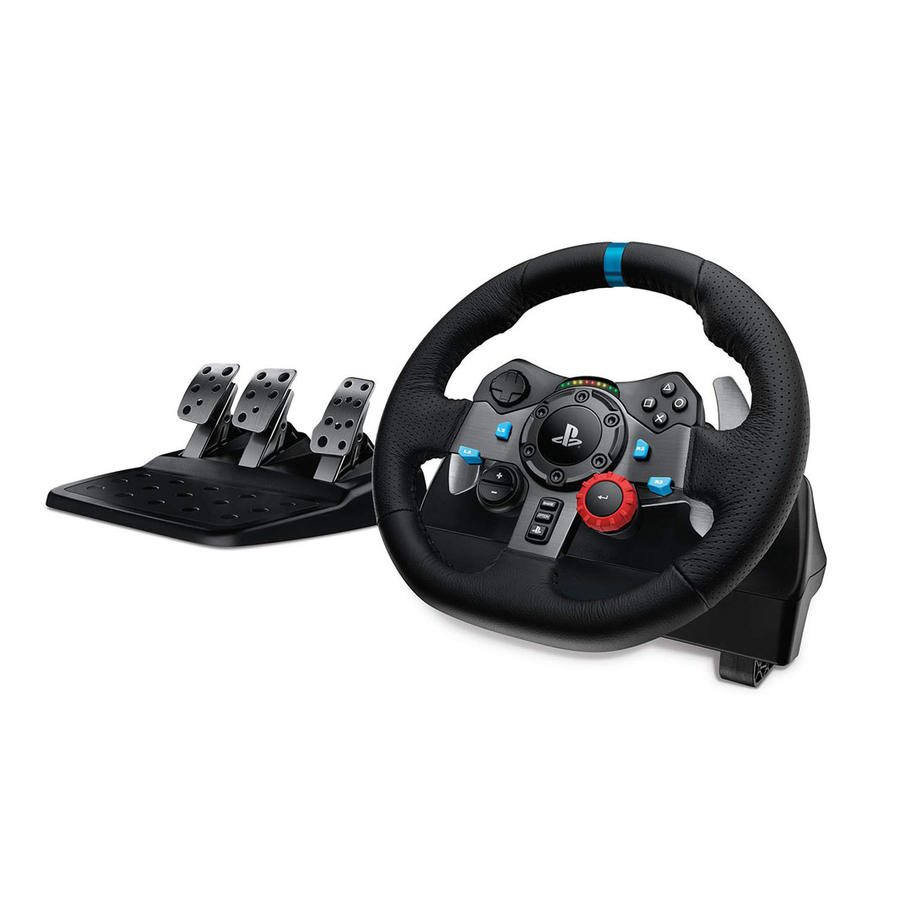 Get a drive-thru at Mollie’s Diner

The classic American diner comes to Oxfordshire in the form of Mollie’s Diner, Motel and Drive-Thru. It’s created by the Soho House Group, so expect it to become a destination for the in-crowd. With affordable rooms and proper American-inspired food, you could do worse than stop in on your next road trip.

Grab a Mk1 MX-5 while they’re still a bargain

We’ve all heard tales of people who turned down the offer of a DB5 for a monkey or a 250 GTO as a swap for a packet of crisps, and now those cars are going through the auction houses for more than a small nation’s GDP. So we feel we ought to warn you that this year might be your last chance to get your hands on the most charismatic version of Mazda’s iconic roadster. You can still pick up a good one for less than £2000, but those prices can only go one way, and you’ll soon be staring down the barrel of a £5k gun. Buy! Buy! Buy! 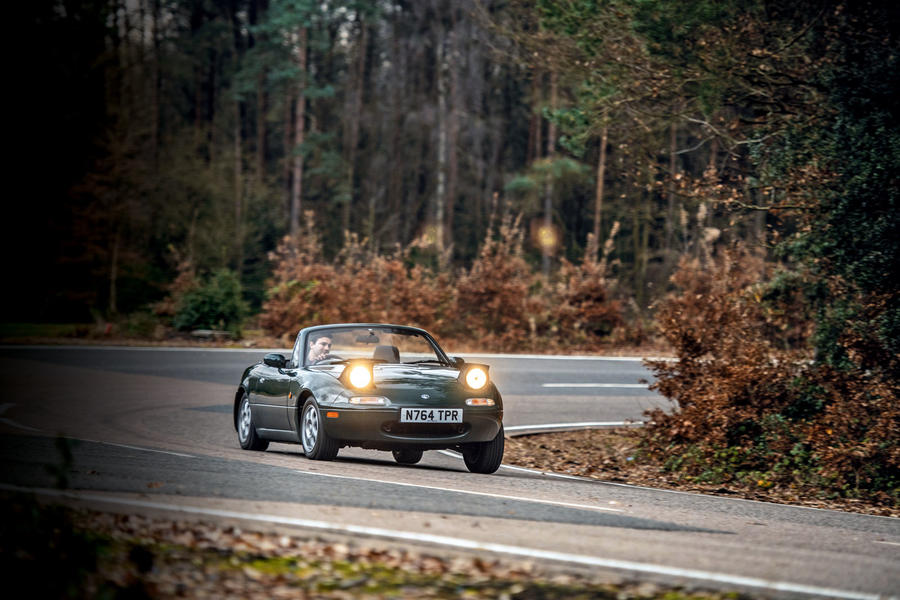 Rent a Morgan for a weekend

You can go full-fat and head straight to the factory at Pickersleigh Lane, or you can scout out one of many independents offering such services, but if you love cars, you should find a way to experience a Morgan in some shape or form. Whether it’s a 3 Wheeler or a Plus 8, and whether you view the shortcomings as compromises or character, there really is nothing that comes close for making the hairs on your neck stand on end. 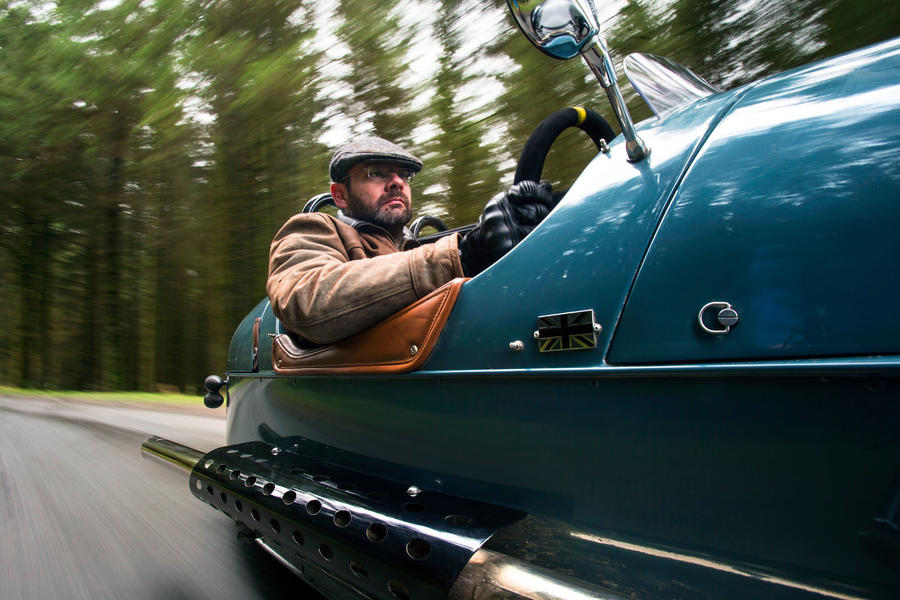 Enter a road-car based AutoSolo

Motorsport has never been so simple – or so cheap. Contestants can only use forward gears (so not as confusing as an autotest), and must compete on a sealed surface (no paint-damaging gravel) in an area no bigger than 200m by 200m (Mensa-level brains aren’t necessary). Participants must drive their car to and from the event. Entry is from £20 and any car is acceptable (but MX-5s and small hatches abound). It’s a test of skill as well as speed.

You’re going there anyway, so why not join the local fuel station’s reward scheme and see what you can save? Schemes like Shell’s Go+ and BPme Rewards offer things like discounts on coffee when you’re in store, or you can save points up to redeem them on Amazon giftcards, while Tesco’s Clubcard and Sainsbury’s Nectar can help you save money on your shopping. And we’re not even on commission for this plug… 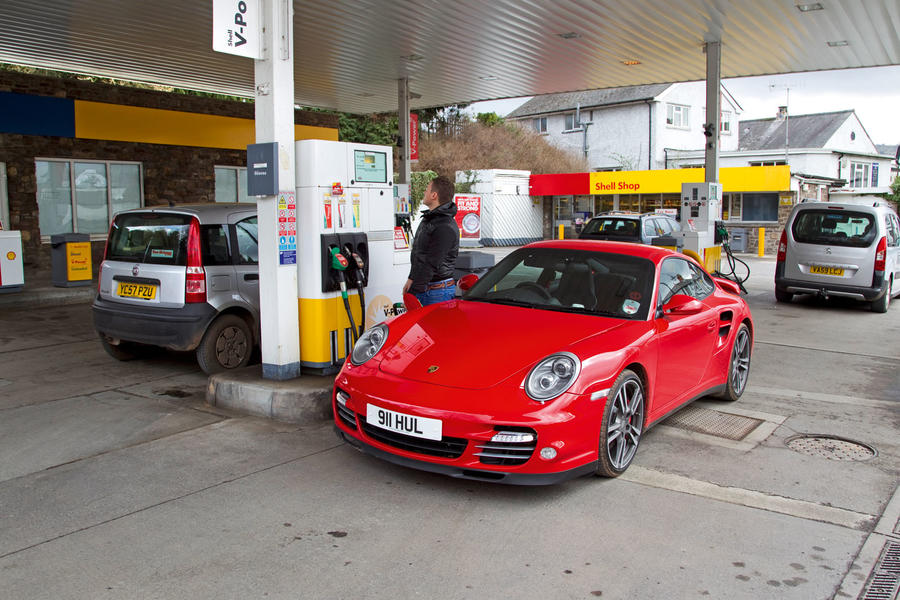 The sad fact is that engines are getting smaller. Fewer cylinders, less character, more ordinariness. Future generations will be incredulous that we made V6s, V8s, V10s and V12s and all that interesting stuff. Even a straight six will be a rarity. 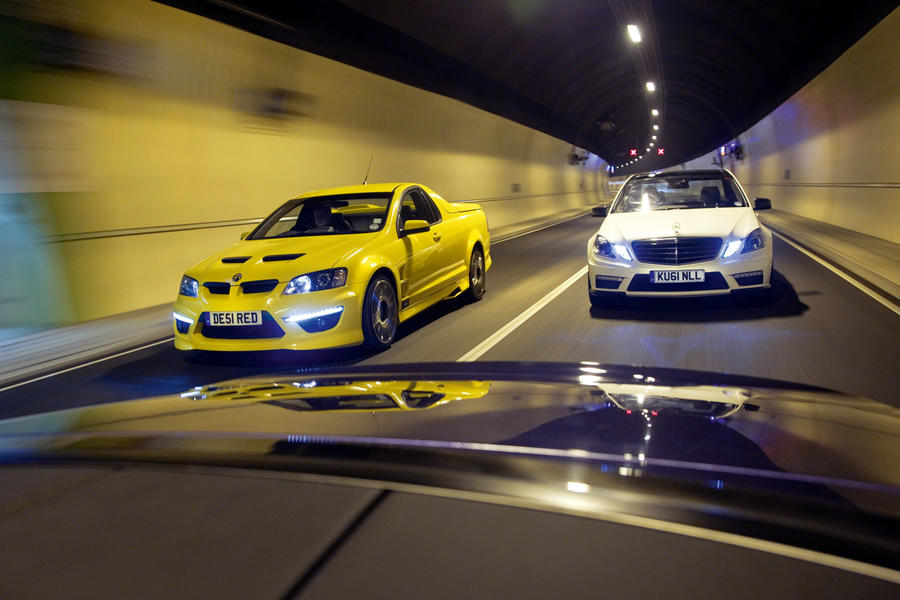 Buy now while stocks last and prices are low. Buy one for future generations to listen to and for you to enjoy. Jaguar, BMW, Mercedes, Audi, Subaru, Mazda… there’s a configuration with your name on it.

Magazines will continue to thrive – so subscribe to Autocar

As we spend more and more time looking at screens, magazines feel more special than ever. Whether you’re a first time, occasional, irregular or long-term reader, thanks for your support – and if you’re not subscribing already, we’d love for you to join our Subscriber Extra club.